Martin D. Weiss, PhD, Founder of Weiss Cryptocurrency Ratings, first ignited a whirlwind of controversy in the early 1980s when his independent ratings of Savings and Loans showed they were likely to collapse because of overextended real estate lending. He did the same when he warned of insurance failures in the 1989 and before the big bank failures of 2008.

Major ratings agencies like Standard & Poor’s and Moody’s received huge fees from those institutions for their ratings. So they continued to give them “excellent” grades until the day they collapsed. But Dr. Weiss has never accepted compensation in any form from the rated companies and never will.  And thanks to his objectivity, investors who listened to him avoided the dangers and saved millions. 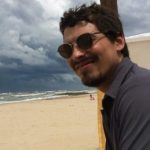 Juan M. Villaverde is a master mathematician and has been a cryptocurrency analyst since Bitcoin’s early days.

He’s the chief architech of the world’s first-ever computer model to rate cryptocurrencies, and his work has taken the crypto world by storm.

Before joining Weiss Ratings, he purchased Cardano (now 37 cents) and EOS (now $9) when they were trading for pennies and has watched his positions soar exponentially. Mandeep Rai is a financial analyst specialized in developing formulas for the analysis of company valuations and the forecasting of market trends. He began his Wall Street career on the floor of the New York Stock Exchange and then earned his MBA from University of Florida’s Warrington/Hough School of Business. His contributions to the Weiss Cryptocurrency Ratings include the Risk and Reward indexes as well as managing the data collection and analytical processes.

To Review the Benefits of Membership in the Weiss
Cryptocurrency Portfolio, Simply Click the Button Below.